Shooting with Thomas and Johannes

I received a scan from a German Triathlon magazine which included some of my shots from the Red-Bull Transsiberian extreme 9000km bicycle race from Moscow to Vladivostok. I had a chance to cover it half distance.

During the preparation days I wanted to make a few portraits which reflected the upcoming race. As it was trough Russia, I thought that something with a map of Russia would do the job and searched a nearby bookshop to buy one.

First I made some easy shots - just with the guys looking at the map. 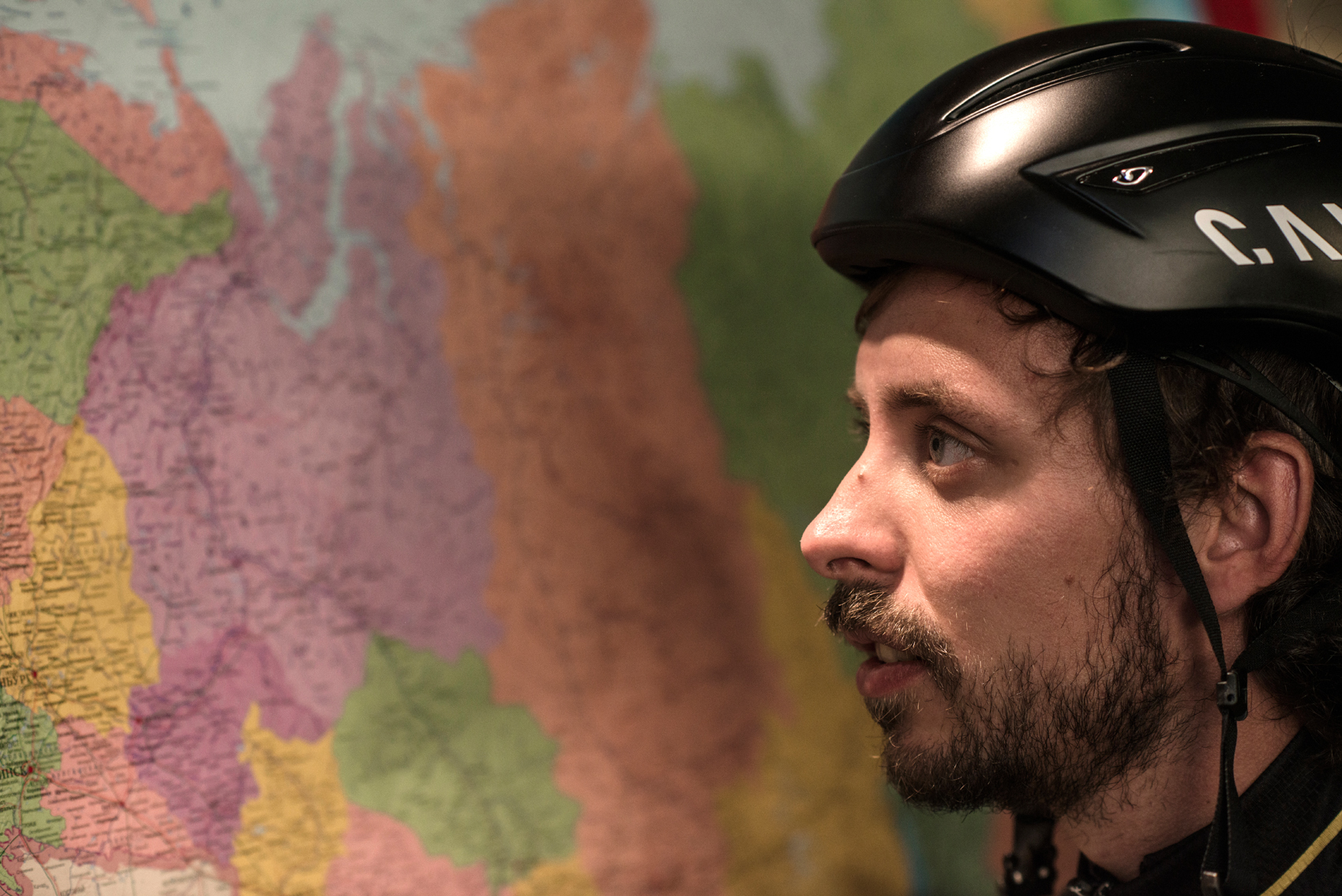 Later, I wanted to take the idea a bit further. After a quick brainstorm, I decided to shoot the athletes trough the reflection of the map. My first try was with Russian athlete Ivan Kovalev.

I attached the map to the hotel window with ducktape and shot a few pictures trough the reflection. As it was double sided glass there were two different reflections. Despite having an unsharp reflection, the shot worked really well - a hazy reflection contrasting with the sharp map. 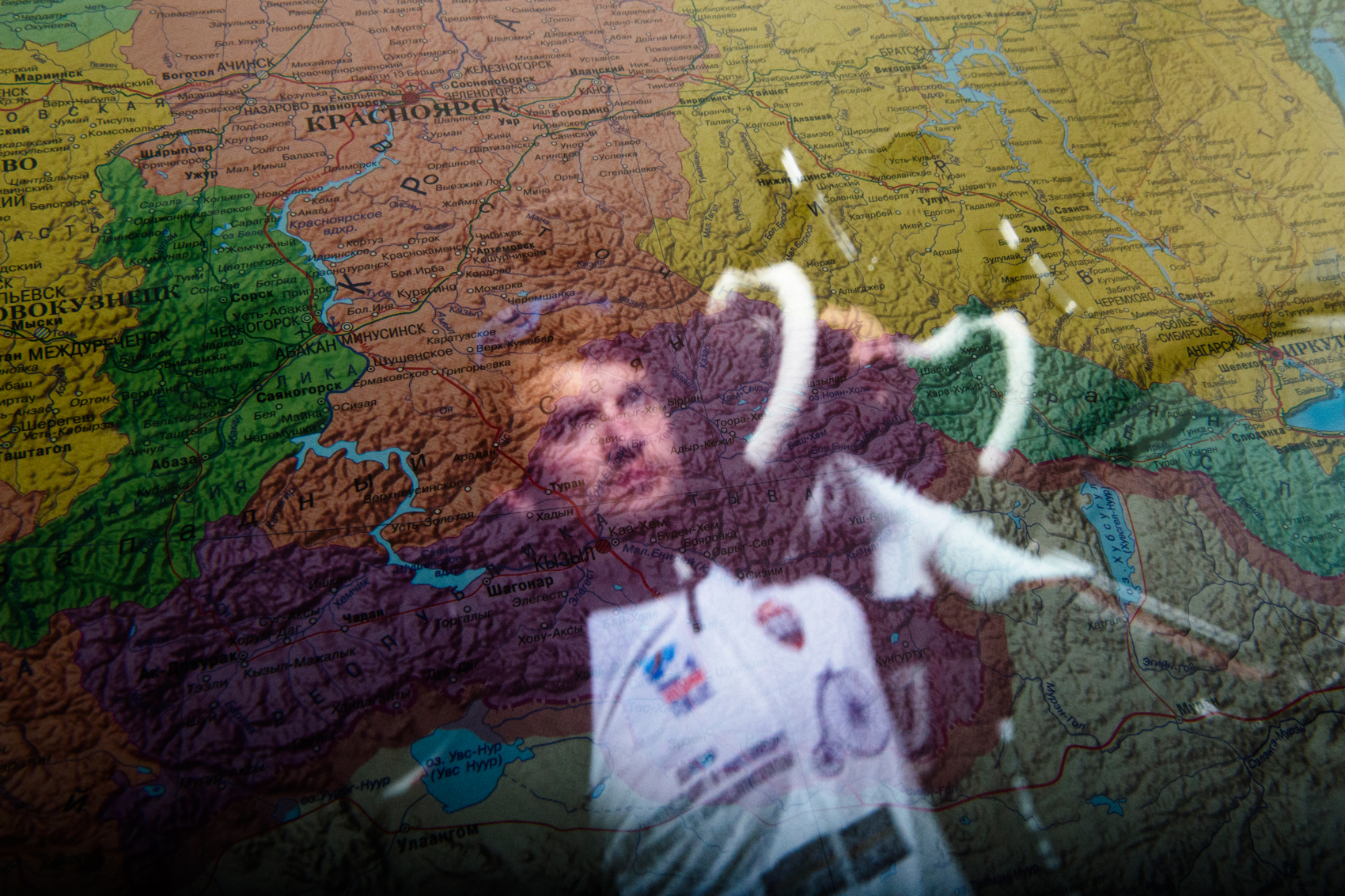 On the next day I went to the shop to buy a simple picture frame. I framed the darker section of the map and organised another shoot with German cyclists Thomas John and Johannes Rosenberger - shooting, again, through the reflection of the glass. 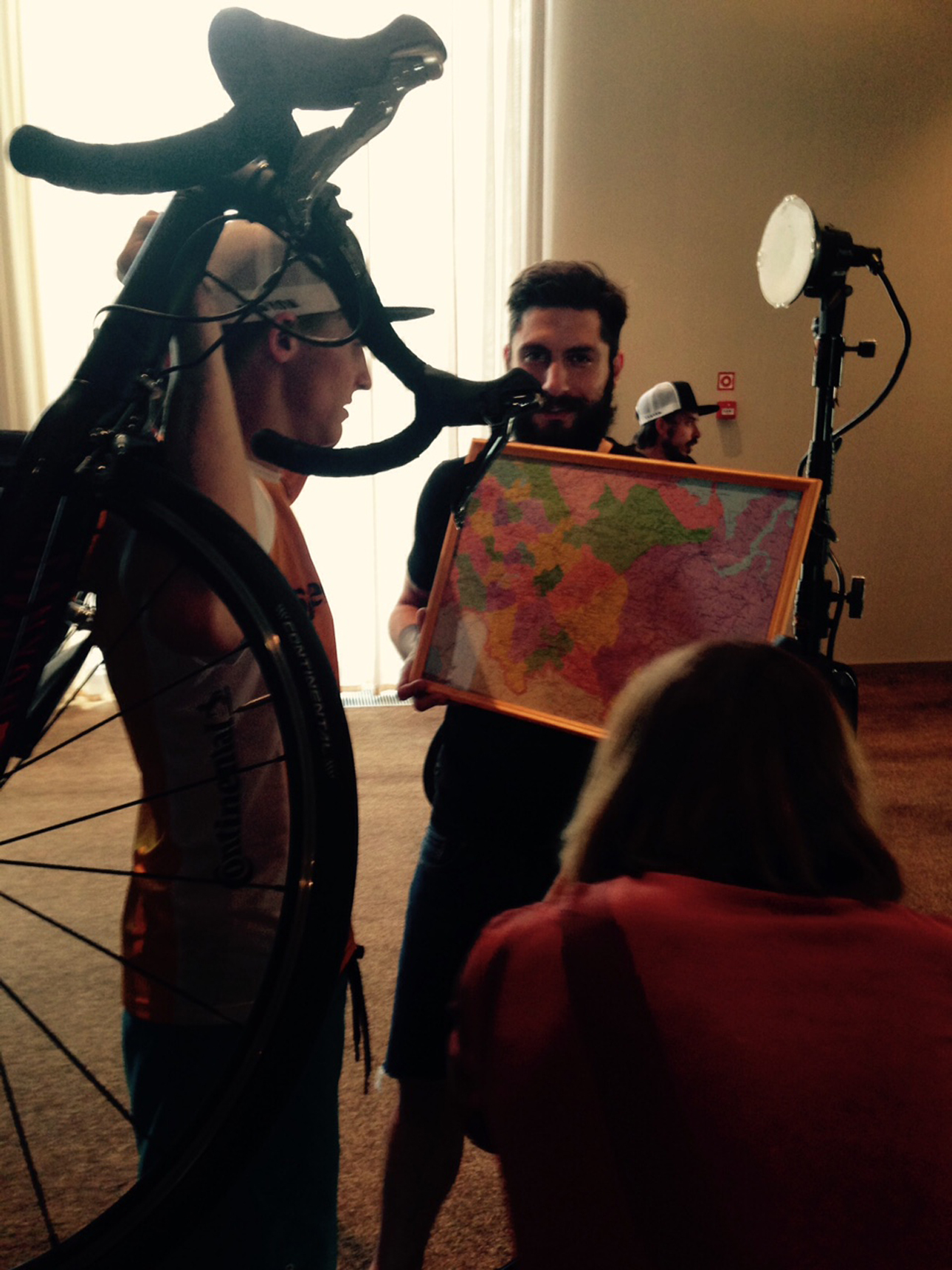 A few months after the shoot, I was glad to see the picture printed on a double spread in the German triathlon magazine. 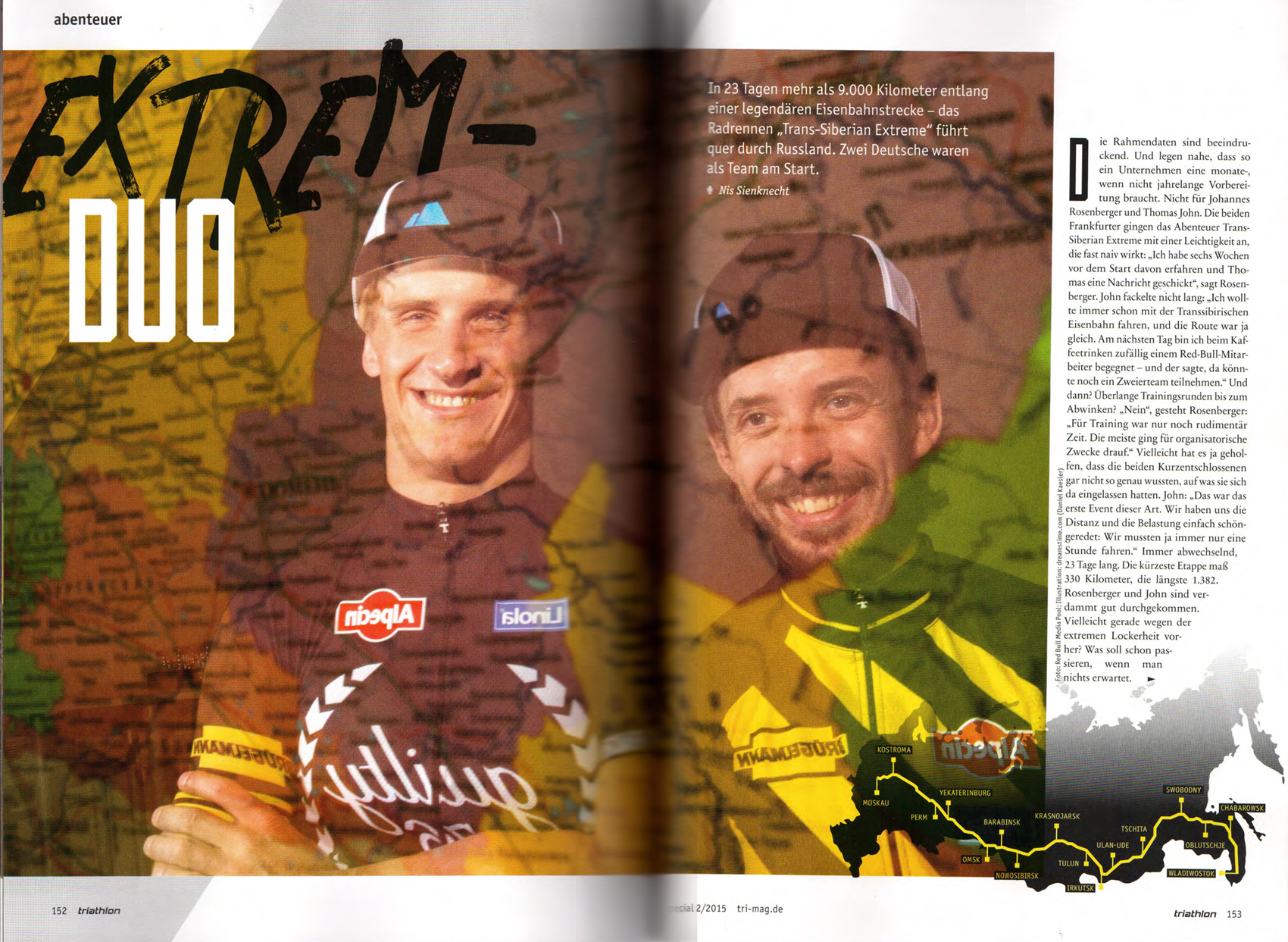