Shooting windsurfing with flashes during sundown seemed to be easy an task at first, but the more I got into it, the more questions came up. What flash to use? What transmitters? What Camera body? What lens? So, in learning how to execute the shoot, we did three shoots with a Tallinn City background. This shoot was not only about making some awesome shots, but also about gaining lots of new experience and learning more about my equipment. 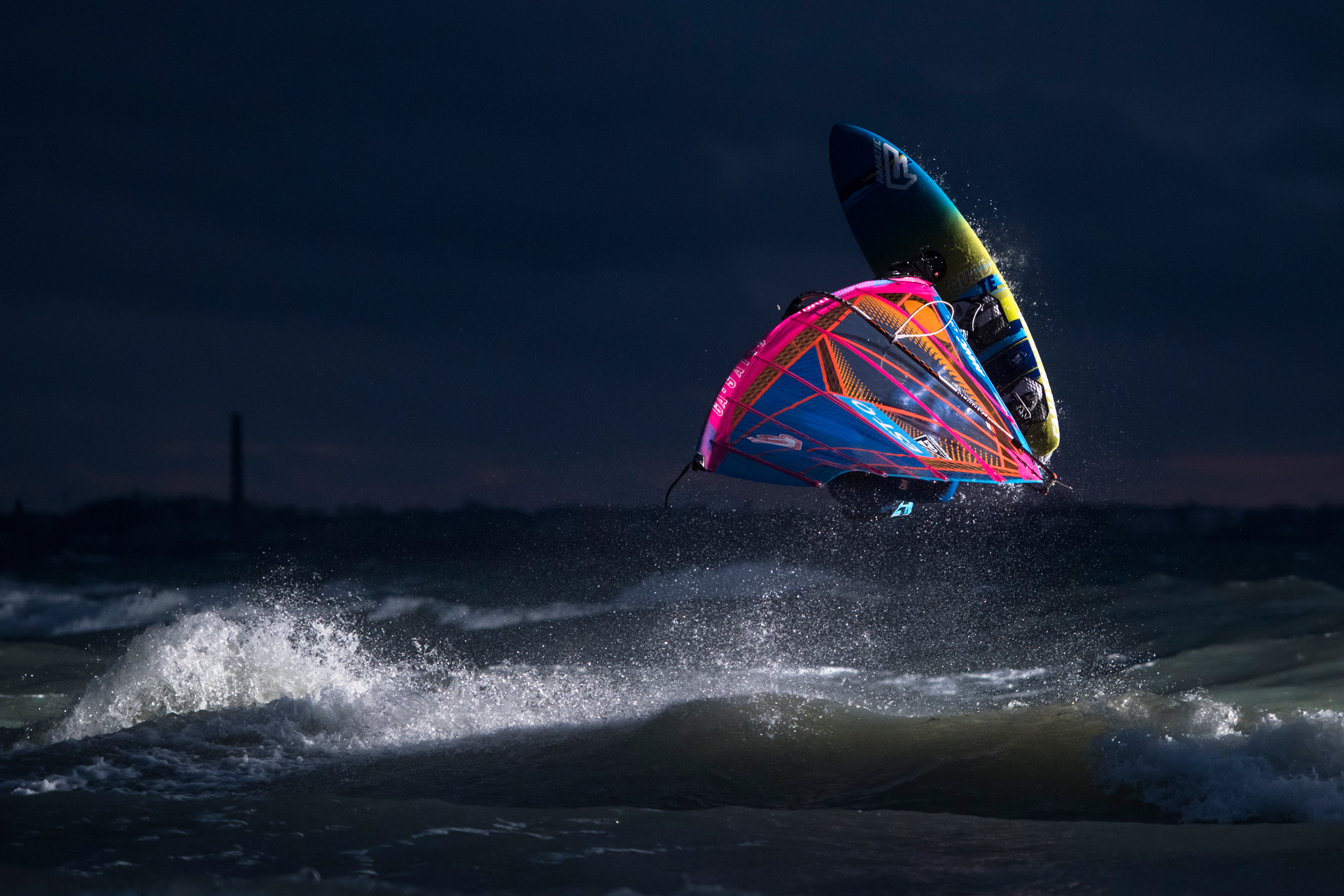 The first shoot was all about the available light. I'd not seen the natural light so awesome in that bay before - it looked as though we could have been in South Africa! The sails and waves were back-lit by the orange sun. But when the time came to try flashes, the wind was gone and we had to postpone the shoot. 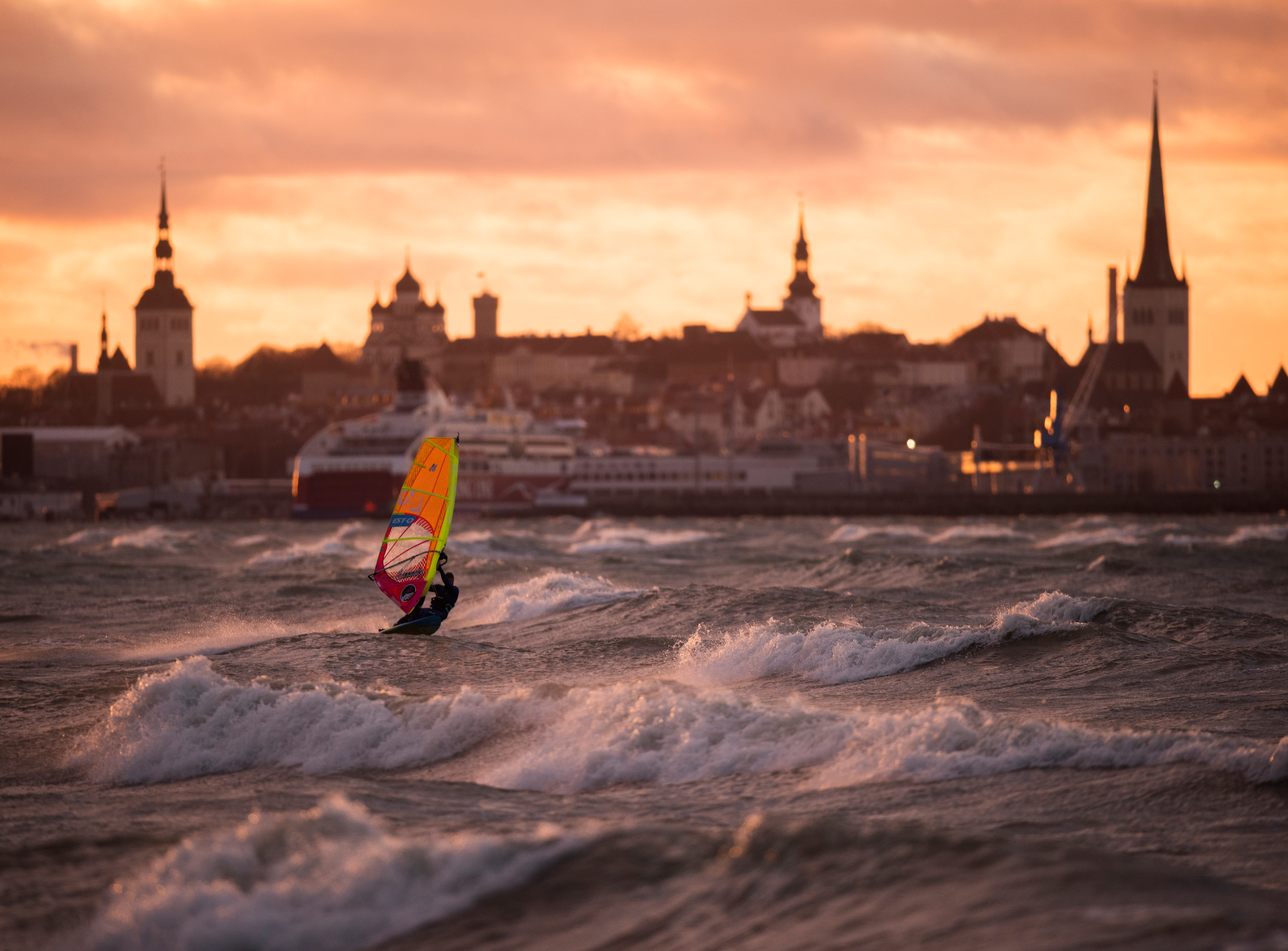 The second shoot was all about finding questions and gaining experiences. The light was changing constantly. I first tried to shoot with D4 with 70-200 2.8, but I soon had to change iso up to 2000. I made a few shots with 2500, then changed to 85mm 1.4 which allowed me to pull the iso back down and still have nice background.

As so far I was shooting with fast exposure and slow flash I wanted to try to freeze the action with fash flash which required the exposure to be around 250. I quickly realised that this was not going to give the desired effect and changed back.

Having changed the cameras, I learned which worked better with high iso capabilities or higher resolution and lower isos. To have a better transmission between flashes, I used an extension cord from my pc port so that the transmitter could be placed higher from the water and away from the camera. 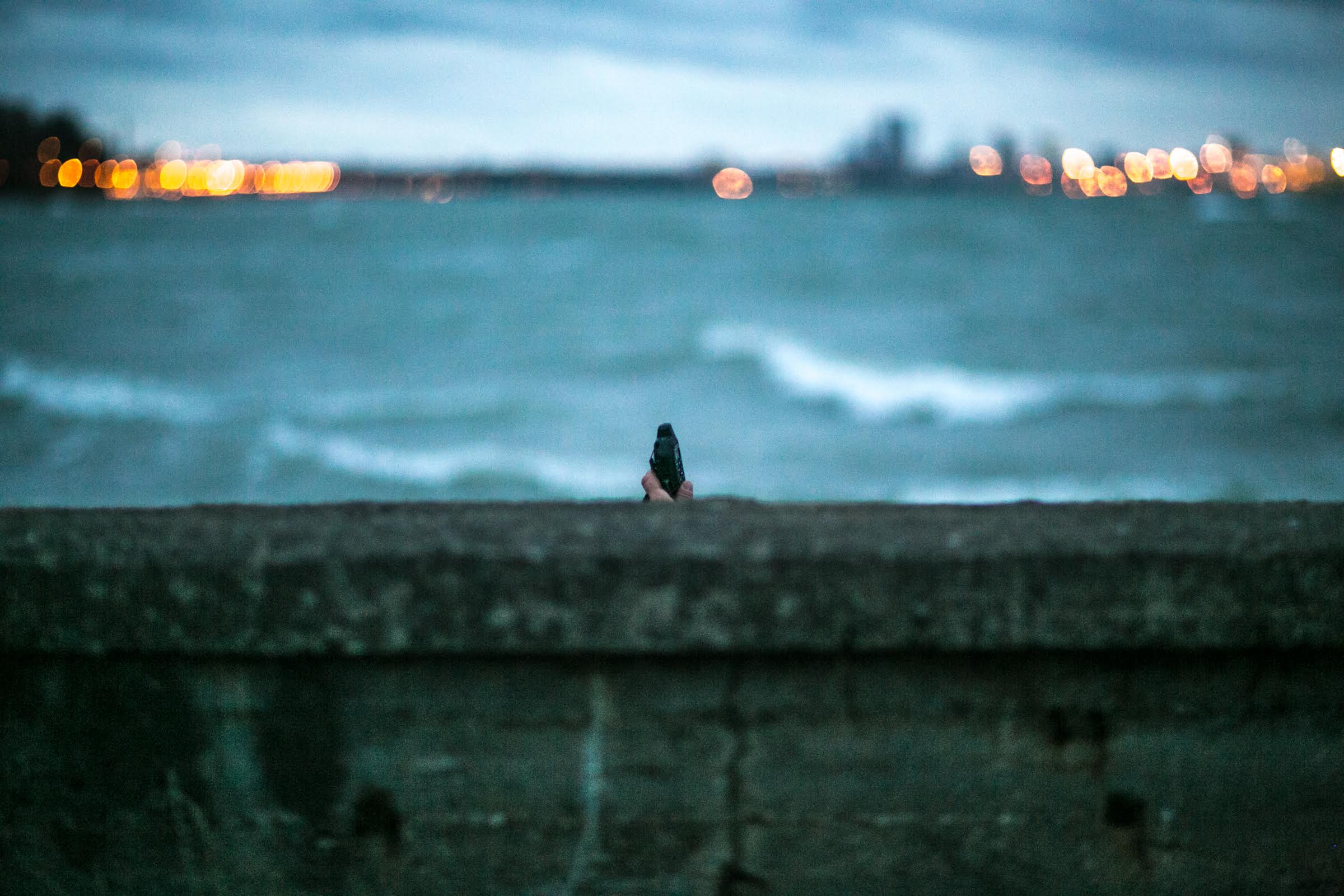 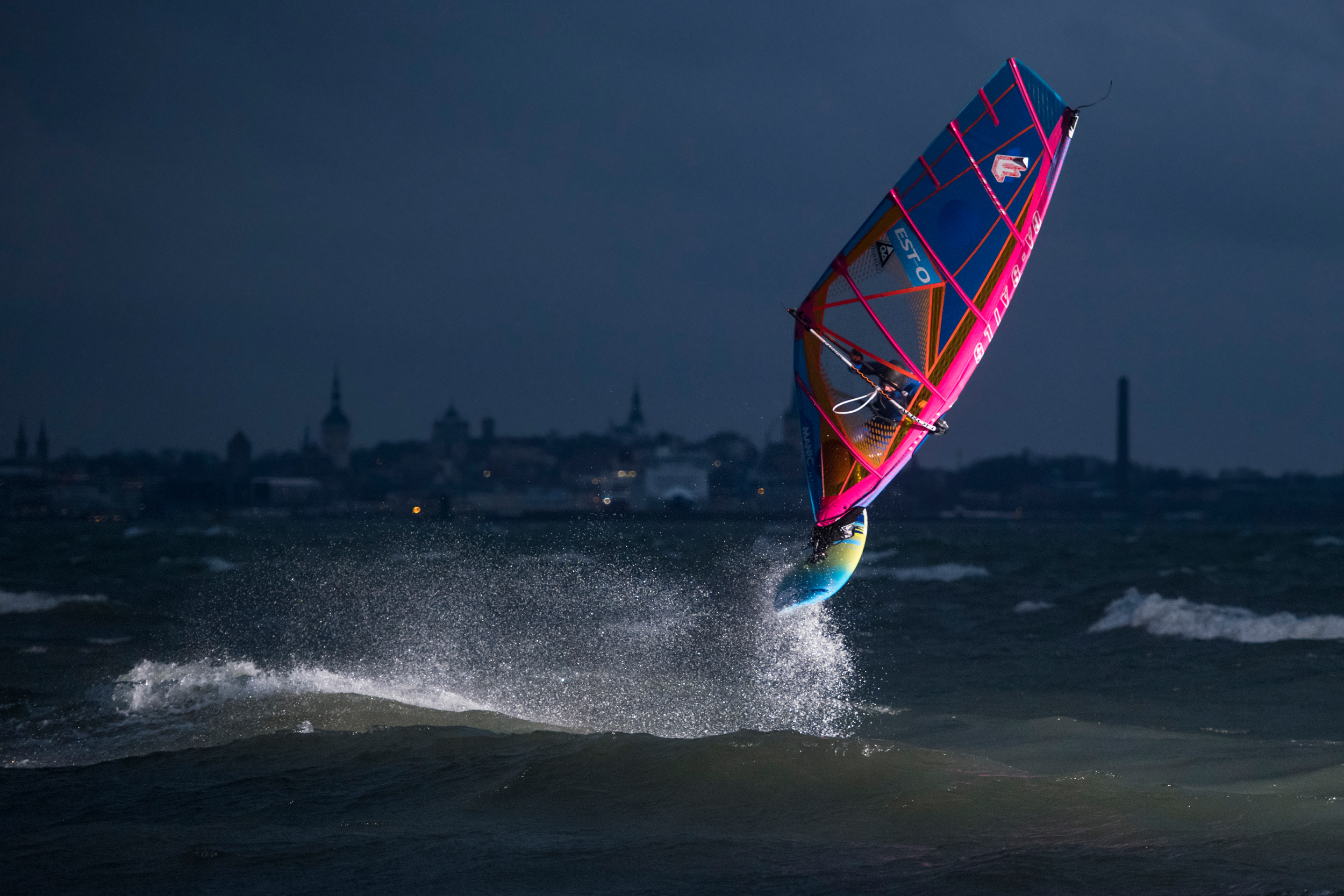 On the third day I knew what I wanted to do straight away. I chose 70-200 2.8 for close ups and the part of the shoot where there was lots of ambient light. And portrait lens 85mm 1.4 for the darker part of the shoot as I did not want to go over the 1600 iso with my d810a. I also attached 2x Elinchrom Ranger RXs next to each other on the pier and started to shoot. I generally kept to the same angle with the city background and only changed the camera height once or twice. 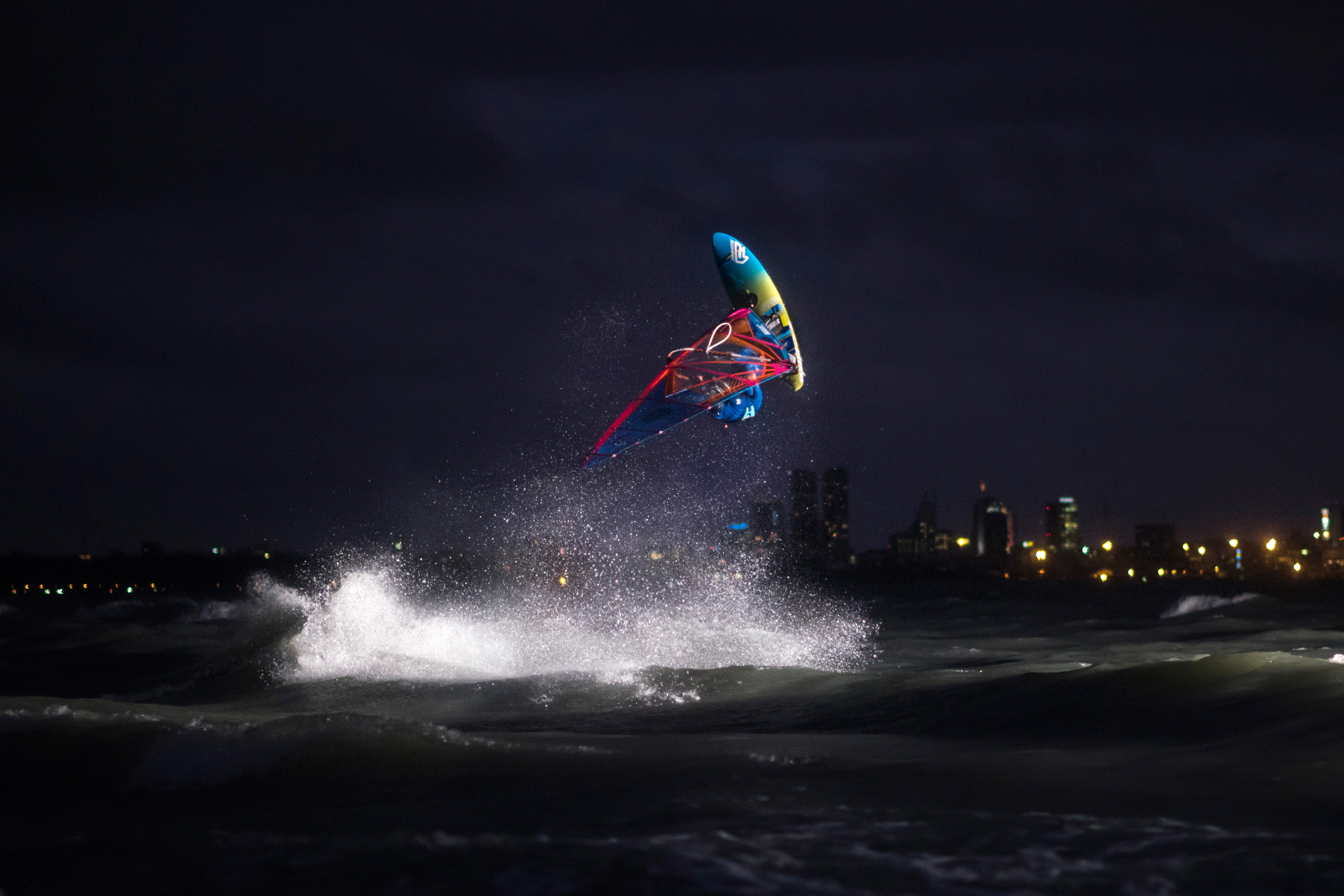